Dependency Injection using Unity: Resolve Dependency of Dependencies
by Akhil Mittal
A tutorial to learn dependency injection with the help of a simple example
ReInventing Neural Networks - Part 2
by Byte-Master-101
In Part 2, the Neural Network made in Part 1 is tested in an environment made in Unity so that we can see how well it performs.
Weaver
by Alexander SchuIze, Felix Herbst, Paul Kirsten
Multi-User game for AIO where players build their own spider's web
Introduction to HoloLens Development with UWP
by Joel Ivory Johnson
In this article I take a look at setting up a system for HoloLens development, the compatibility of the applications with other UWP platforms, and introduce Unity for making a 3D application

Exploring Electronic Game Development 2D Supported by Unity Engine
by André Marcos (Advisor), José Cláudio Silva, Victor Lopes
Unity Engine support for Electronic 2D game development
Unity on Azure PlayFab Part 6: Leaderboards Made Easy
by Raphael Mun
This article will demonstrate how to leverage the PlayFab Unity SDK’s built-in features to add a leaderboard to our game.
Unity on Azure PlayFab Part 5: Matchmaking with Players to Find Game Sessions
by Raphael Mun
In this article, we integrate PlayFab’s Matchmaking feature into the game so that players can automatically match with each other to join on the same server and play together.
Unity on Azure PlayFab Part 4: Setting Up a Multiplayer Server (Part 2)
by Raphael Mun
In this article, we integrate the PlayFab GSDK to be ready for cloud hosting, and then upload and deploy it to PlayFab through the dashboard. 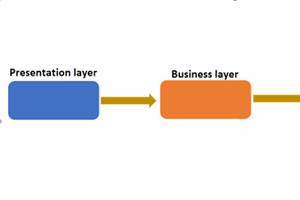 In Part 2, the Neural Network made in Part 1 is tested in an environment made in Unity so that we can see how well it performs.
Weaver
14 Nov 2013 by Alexander SchuIze, Felix Herbst, Paul Kirsten

In this article I take a look at setting up a system for HoloLens development, the compatibility of the applications with other UWP platforms, and introduce Unity for making a 3D application
Blendability - Adding design time support for regions in Prism 6
29 Nov 2015 by MatthewThomas

During the past few months, I have been heavily experimenting with the Intel RealSense D415 & D435 depth camera. Today, I am going to show you how to easily transform between different coordinate systems. RealSense D415/435 is a low-cost device....
Asm.js and WebGL for Unity and Unreal Engine
2 Sep 2015 by Dave_Voyles

With the advent of WebGL and asm.js, developers can now harness much of the power of their computing device from within the browser and access markets previously unavailable.
The Dew Review – Visual Studio 2015 Community Edition
12 Nov 2015 by Alvin Ashcraft

This article describes Unity low-level plugin interface and the Unity graphics interface emulator that facilitates native plugin development.
Integrating a Chatbot into Unity in C#
7 May 2020 by DaveMathews 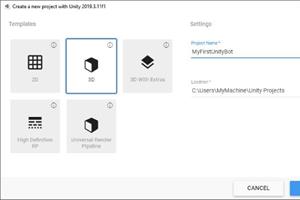 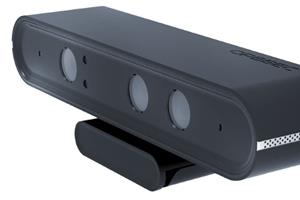 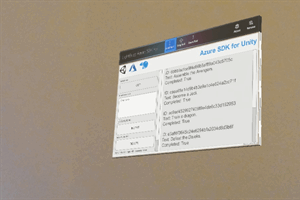 In this article we introduce Azure PlayFab from the perspective of a Unity developer.
What’s new in babylon.js v2.1? Using WebGL and 3D in the latest browsers
14 Jul 2015 by David Catuhe

The babylon.JS team at Microsoft recently released a new update (v2.1) with a host of new and improved tools to build browser-based 3D experiences. In this article, I’ll walk you through some of the major updates, along with links to demos and sandbox builds you can try yourself.
Simple 3-layer App Based on MVC, EF and Fluent Validation
23 Oct 2015 by alex_lviv

In this article, I will try to describe my vision on creation of simple 3-layer application based on .NET technologies.
Game On: Intel® x86 and Unity Contest Challenge Success on the Android Platform
1 Dec 2015 by Android on Intel

Intel recently teamed up with Unity Technologies, maker of the Unity game development engine, to offer a fun contest that gave game developers an opportunity to build their games with native x86 support for Android using Unity 5.
“That’s the Beauty of Unity*!” Intel® x86 and Unity Contest Challenge Winners Share Their Experiences
1 Feb 2016 by Android on Intel

We recently spoke about these topics with some of the game developers who won our joint contest with Unity Technologies.
Unity Optimization Guide for Intel x86 Platforms: Part 4
19 Apr 2016 by Android on Intel

In this article, we integrate PlayFab’s Matchmaking feature into the game so that players can automatically match with each other to join on the same server and play together.
Unity on Azure PlayFab Part 3: Setting Up a Multiplayer Server (Part 1)
16 Feb 2022 by Raphael Mun

In this article, we’ll begin creating the backend code that this game will connect to for multiplayer gameplay.
Unity on Azure PlayFab Part 6: Leaderboards Made Easy
21 Feb 2022 by Raphael Mun 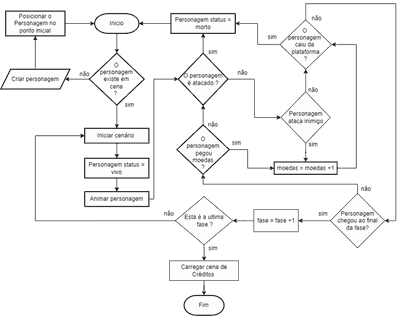 TheBestSync, a China-based software company focused on integrated software and hardware solutions, entered the Intel App Innovation Contest 2013 (Intel AIC 2013) in partnership with Intel® Developer Zone with the idea of combining game and music technology with an AIO device to create an exciting n
Unity Resource Center for x86 Support
31 Jul 2015 by Android on Intel

This Unity resource page on the Intel® Developer Zone is your central location for support of x86 within the Unity game engine.
Porting Guide for Unity Game on Intel® Architecture for China Market
1 Oct 2015 by Android on Intel

This article will show a performance gain with native support on Android and share some tips for increasing performance on Intel® architecture using Hero Sky: Epic Guild Wars as an example.
What Game Developers Need to Know about Intel® Atom™ x3 SoC Processor Series
15 Apr 2016 by Android on Intel

The discussion in this blog will focus on the 2 Atom x3 SoC SKUs which have already been launched: C3200RK and C3230RK.
Unity Optimization Guide for Intel x86 Platforms: Part 1
19 Apr 2016 by Android on Intel

In this guide, we will show a variety of tools to use as well as features in the Unity software that can help you enhance the performance of your Unity project.
Infrared5 Case Study
26 Jul 2013 by Intel Corporation

The focus of this article is on the backend components and contains information for developers to quickly build scalable games on Kii Game Cloud.
Face and Head Tracking using the Intel® RealSense™ SDK
13 May 2015 by Android on Intel

When Intel put a call out for apps that would transform the way we interface with traditional PCs, Jacob and Melissa Pennock, founders of Unicorn Forest Games, entered their spell-casting game, Head of the Order*, into the Intel® Perceptual Computing Challenge. They took home a top prize.
Unity Optimization Guide for Intel x86 Platforms: Part 3
15 Apr 2016 by Android on Intel

We will explore two main areas of optimizations in this guide: Scripting and Editor-based.
Tips and Tricks to use Unity with the Intel RealSense SDK 2014
18 Mar 2015 by Colleen Culbertson

This blog is meant to provide information, suggestions, and links for developers using Unity with the Intel RealSense SDK 2014.
Unity on Azure PlayFab Part 4: Setting Up a Multiplayer Server (Part 2)
17 Feb 2022 by Raphael Mun

In this article, we integrate the PlayFab GSDK to be ready for cloud hosting, and then upload and deploy it to PlayFab through the dashboard.
Kerosene Dynamic Data Services
11 Mar 2014 by mbarbac

In this article, we can see how to create a simple Unity 3D game using C# Script.
ReInventing Neural Networks
1 Mar 2018 by Byte-Master-101

Neural Networks can do a lot of amazing things, and you can understand how you can make one from the ground up. You can actually be surprised how easy it is to develop one from scratch!
Visual Studio 2015 and Apache Cordova
14 May 2015 by Hugo Carnicelli

In this article, we are going to learn what Apache Cordova is and in which way this tool is now integrated into Visual Studio 2015.
Fast track to DI using Unity App Block
3 Sep 2013 by Nitin Singh India

How to identify dependencies and resolve them using Unity App Block. Simple Hello World.
How to create an augmented reality Earth in Unity
3 May 2018 by Packt Publishing

In this post, we are going to build a model of the Earth. We will use actual NASA data to set up the size and texture of the Earth. We will animate the planet's spin and orbit using C# programming.
SqlDependency .NET library can work to detect updates automatically
24 May 2017 by Zahid Nawaz Ch.

SqlDependency ,can be used to pick changes without executing query to see there is any update from database , WHERE CLAUSE can also be applied for narrowing scope, Its way to push changes from SQL Server to SQLDependency , .NET library , SQL Server Broker service sends updates to SQLDependency.
ReInventing Neural Networks - Part 3
20 Feb 2018 by Byte-Master-101

Now that we got the basics over with, it's time for improvement!
Separating Features and Authorisation. Getting More Done and Improving Quality in the Middle Tier.
16 Aug 2016 by Olubisi Akintunde

In this guide we will detail a step-by-step process of building a cross-platform Android application with the help of Marmalade C++ SDK 7.1 and ShiVa3D game engine specifically for Android x86 architecture.
ASP.NET MVC with Unity (Dependency Injection)
18 Jun 2014 by Ngo Thanh Tung - Softech

How to use the Unity container to add support for dependency injection to a real-world application
Dependency Injection using Unity Framework with ASP.NET MVC
1 Aug 2017 by Saineshwar Bageri

In this article, we are going to have a look on how touse Unity framework with MVC to remove hard code dependencies from Application.
Isometric Plugin for Unity3D
16 Jan 2019 by BlackMATov

It's a story on how to write a plugin for Unity Asset Store, take a crack at solving the well-known isometric problems in games, and make a little coffee money from that, and also to understand how expandable Unity editor is. Pictures, code, graphs and thoughts inside.
Android Platform: What Game Engines, Libraries, and APIs Should I Choose?
1 Feb 2016 by Android on Intel

This article describes the best tools and engines to use for game development.
What Program Languages Should I Use? (Java, C#, C++, or HTML5)
1 Feb 2016 by Android on Intel 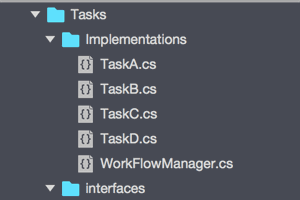 This article explains a design approach that involves setting the work flow of the process using config file and Unity Framework. It helps to change the flow only by updating the config file and no other code change is required.