CodeProject was formed to allow developers to freely share their knowledge, code and ideas. We believe that by opening your code to others, by teaching those who are learning, and by sharing our daily experiences we all become better programmers.

We understand that no matter how advanced you are in your field, we were all beginners once. There's always something more to learn.

Chris is the Co-founder of the popular code-sharing site CodeProject.com, the digital advertising agency DeveloperMedia.com and the content marketing agency ContentLab.IO.

He's been programming way too long and has been, in various guides, an astrophysicist, mechanic, mathematician, physicist, breeder of carnivorous plants, hydrologist, geomorphologist, defence intelligence researcher and then, when all that got a bit rough on the nerves, a serial entrepreneur.

Chris has programmed everything from FORTRAN on a CRAY to Python on a Pi, but generally leans on TypeScript, C#, and SQL for the front, middle and back bits of his applications. His current focus is on ensuring developers know enough about Artificial Intelligence to be dangerous.

Canada
I started photo-etching circuit boards when I was 8, and at 11 was haunting the halls and computer science labs at the local university so much that I was invited by Professor Wayne Ayott to audit his software and hardware design courses.

Over my career I have used C# , C++, Win32, MFC, Assembler, Basic, and Clipper, on applications for the military, commercial ventures, medical research and the labour movement. Through my medical informatics work I came to know what real-time and mission-critical really mean… just try being part of the critical path when a woman goes into labor.

I have been honoured to receive many business, industry and leadership awards including being named an Exceptional Young Entrepreneur (Profit Magazine) and to the list of Who's Who in Canadian Business. The companies I started have been recognized as the Fastest Growing companies in Canada (Profit Magazine), as the Fastest Growing North American Technology Companies (Deloitte & Touché) and named as a Top 100 Innovator and Leader by SDTimes 6 years in a row. I serve on the boards of the Ontario Center for Innovation, and Umbra a leading international home goods company.

In 2007 Microsoft acquired the technology assets, IP and development team of my company Dundas Software and rolled it into SQL Server. After the Microsoft deal we recapitalized Dundas and grew it again into Dundas Data Visualization a leading Embedded BI company which was acquired by insightsoftware in 2022.

I live in Toronto and enjoy photography, scuba, food, and motorcycle riding.

Canada
As Senior Architect, Matthew is responsible for the Architecture, Design, and Coding of the CodeProject software as well as Manager of the Infrastructure that runs the web site.

Matthew works on improving the performance and experience of the Code Project site for users, clients, and administrators.

Matthew has more years of software development, QA and architecture experience under his belt than he likes to admit. He graduated from the University of Waterloo with a B.Sc. in Electrical Engineering. He started out developing micro-processor based hardware and software including compilers and operating systems.
His current focus is on .NET web development including jQuery, Webforms, MVC, AJAX, and patterns and practices for creating better websites.
He is the author of the Munq IOC, the fastest ASP.NET focused IOC Container.
His non-programming passions include golf, pool, curling, reading and building stuff for the house.

Canada
Deeksha got her Master's degree in Information Systems and learnt how to program in HTML, C++, SQL, Java and JavaScript. She has worked in the capacity of Systems Operator, Systems Administrator, and Project Manager during which she interacted a lot with professional programmers.

Editing articles written by smart and experienced programmers on The Code Project is a job she loves and it keeps her updated on the latest technologies.

She has lived in four countries in the last 10 years and has a flair for learning new languages (not the programming ones).
She enjoys playing with her 3-year old son, travelling and listening to music. 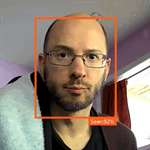 Canada
Sean Ewington is the Content Manager for CodeProject.

His background in programming is primarily C++ and HTML, but has experience in other, "unsavoury" languages.

He loves movies, and likes to say inconceivable often, even if it does not mean what he thinks it means. 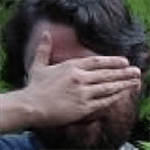 Canada
Kent Sharkey does not really exist. He is an AI generated by a random number generator. Chris found him between the cushions at a Microsoft conference.

Canada
In my role as Director of Advertising Operations I have the opportunity to work closely on all of our campaigns and help our clients meet their goals.

Prior to joining DeveloperMedia I worked in the media/print industry before making the switch to online advertising in 2009.

When I’m not at work I enjoy spending time with my family and sailing on Lake Ontario when the weather permits!

Canada
I am the Project Specialist for Author and Content Curation at Developer Media. I work with Authors and connect them with writing opportunities from a variety of companies with the goal to educate other developers using the voice of a real developer.

Canada
This member has not yet provided a Biography. Assume it's interesting and varied, and probably something to do with programming.

United States
This member has not yet provided a Biography. Assume it's interesting and varied, and probably something to do with programming.